It’s good to have great weeks. Qnect had a successful week at this year’s NASCC: The Steel Conference! Seeing our customers, partners and other members of the steel industry is always a highlight at this annual event. In addition, we gained more customers, announced an investment in Qnect by Nucor, enjoyed the Thursday Conference Dinner and soaked in the positive energy so many were feeling in the Baltimore Convention Center.

If you were able to join us, you might have been one of many that sat in on our product demo “Using Qnect for ​Value Engineering and ​​Project Optimization” and our workshop “How to Leverage ​Tekla + Qnect for Esti-modeling.”

During the conference, we had literature that highlighted our work with the Seattle-Tacoma International Airport, The Harper and Rock Hill School as well as quality microfibers for our booth visitors. We kept a few of the Qnect Microfibers back at HQ so if you would like some let us know and we’ll be happy to send a few out to you.

For those that did not make the trek to Baltimore, you missed our 10×20 booth where we offered demonstrations of QuickQnect and B+Op (read about B+Op here).

Several people have already requested a personal demo either because you were unable to get one at the booth or because you needed more team members to sit in with you. For all of you, you can request a personal demo by filling out this form or contacting Christian Erickson directly at Christian@Qnect.com and we’ll arrange a time.

For even bigger news…our show special has been extended to those that were not able to attend the event. That’s right, even you can get the show special. You receive 20% off the cost of your first 500 tons for your first Qnect project when you upload and connect your model before June 30, 2018.

Visit our Facebook page to see the photo album from the conference, including a few pictures of the Booth, the Product Demo and Workshop.

To be the first to see our news and announcements below follow on our social pages:

We look forward to seeing you throughout the year and in St. Louis for #NASCC19! And…a special thanks to AISC (American Institute of Steel Construction) for another great event.

The American Institute of Steel Construction (AISC), headquartered in Chicago, is a not-for-profit technical institute and trade association established in 1921 to serve the structural steel design community and construction industry in the United States. AISC’s mission is to make structural steel the material of choice by being the leader in structural-steel-related technical and market-building activities, including: specification and code development, research, education, technical assistance, quality certification, standardization, and market development. AISC has a long tradition of service to the steel construction industry providing timely and reliable information.

About NASCC: The Steel Conference

NASCC: THE STEEL CONFERENCE is the ideal place for structural engineers, steel fabricators, detailers and erectors to learn about structural steel design and construction, to interact with their peers and to see the latest products for steel buildings and bridges. The Steel Conference offers more than 100 technical sessions and is the premier educational event for structural engineers, fabricators, erectors and detailers. In addition to practical seminars on the latest design concepts and construction techniques, the conference offers an extensive trade show (featuring products ranging from structural software to machinery for cutting steel beams) and plentiful networking opportunities. It’s a once-a-year opportunity to learn the latest techniques, see the most innovative products and network with your peers and clients.

Qnect continues to shape the steel industry with investment from Nucor

“We are proud to be able to partner with Nucor. Their investment recognizes the power of our software and is a gratifying endorsement from such a prominent leader in the steel industry,” says Jef Sharp, CEO of Qnect. “Qnect helps everybody in the industry with early data and optimization cost benefits that make steel the best choice.”

Nucor is looking forward to working with Qnect as it delivers on its vision of bringing significant efficiencies to the design, fabrication, and erection of steel structures and provides stewardship to the construction process.

Introduced to the market in April 2016, Qnect’s cloud-based connection software is designed for steel detailers, fabricators, engineers and others involved in the structural steel workflow. Qnect projects have recognized savings from earlier delivery of shop drawings, improved fabrication throughput, reduction in connection costs, and streamlined approvals and revisions.

With Nucor’s investment, Qnect will strengthen its market position in North America and key international markets.

“This investment in Qnect emphasizes Nucor’s commitment to continuous improvement, our dedication to our customers and our belief that technology will continue to drive the steel industry,” said John Hollatz, President of Nucor’s Vulcraft / Verco Group. “Nucor is looking forward to working with Qnect as it delivers on its vision of bringing significant efficiencies to the design, fabrication, and erection of steel structures and provides stewardship to the construction process.”

B+Op (bäp) noun 1 An acronym for Bolt Optimization pioneered by Qnect.
verb 1 The action of optimizing a structural model through improving efficiency without sacrificing a project’s safety and integrity.

In an increasingly competitive world, it’s essential for fabricators, detailers and EORs to utilize tools that allow them to work faster, lower costs and accelerate revisions. Thankfully, Qnect is answering that call with B+Op. It’s not a chemical or algebraic formula. B+Op is simply an acronym for Bolt Optimization. B+Op includes a combination of bolt, plate, angle, weld and labor optimization for each engineered joint in a steel structure.

For decades, standard vertical bolt spacing has been a consistent 3 inches between bolts. This consistency was important to maintain quality control and conformance. As CNC equipment became more sophisticated and easier to manufacture the practice of 3 inch spacing didn’t evolve at the same rate as the CNC equipment. And for connections, there is only a T/2 requirement that must be met in order to satisfy the AISC code. As long as T/2 is satisfied, and the instantaneous center of rotation and all limit states are satisfied, then 3 inches is not required.

Not surprisingly, “B+Op” is a big help to fabricators looking to optimize their connections. “Fabricators in particular benefit greatly from bolt optimization,” Locus says, “the way it saves both time and money makes it a must for all projects.”

But it’s not just fabricators who benefit from bolt optimization. Erleen Hatfield, formerly of BuroHappold and Thornton Tomasetti, explains that “engineers who design connections also benefit, because B+Op gives them the ability to quickly study different connection variations. Ultimately, the General Contractor or Owner can be the primary beneficiary, as B+Op saves substantial costs to a project.”

QuickQnect user Michael Nelson of Meyer Borgman Johnson, succinctly breaks it down like this: “Bolt optimization allows each connection to be uniquely designed to suit its exact condition. The alternative, more typical practice, of using standardized details has an intrinsic conservatism in that it tries to cover as many different conditions as possible. By narrowing the scope of each connection design to just one connection, bolt optimization ensures that each connection is just that – optimized.”

As Chief Drafter at Canam Group, Line Cusson understands the power of B+Op, perhaps putting it best that “there is really no reason not to be using bolt optimization, nor do I think there is a project that wouldn’t benefit from it.”

Join Qnect’s connection experts at NASCC 2018 for two free, hour-long workshops offering tips and tricks on how to optimize the connection and detailing processes to work faster, lower costs and accelerate revisions.

With our big news we are offering a big promotion to kickstart your next project with Qnect. From April 16th until June 15th, 2018 Qnect will offer a 20% discount off the cost of the first 500 tons on your first Qnect project.

How to Leverage ​Tekla + Qnect for ‘Esti-modeling’

​It’s all about early data. By leveraging your Tekla software with Qnect’s connection modeling capabilities, you will estimate faster, with more accuracy and get ​ insight into optimization opportunities. Typical results include reduced costs, reduced work hours and increased profits. ​Come see how easy and quick it is to build a stick model, connect it, and ​analyze the data so you can create accurate bids using Tekla + Qnect.  Transfer data to your cost analysis software (FabTrol, FabSuite, STRUMIS) for accurate reporting.

​Leverage your Tekla investment​ with ​Qnect’s fast, intelligent, cloud-based connection software. We will demonstrate the ease of connecting your Tekla model 9 times simultaneously using 9 different sets of parameters with Qnect’s buttons 1 and 2. We will demonstrate how to reduce 20% or more bolts on your projects by using QuickQnect’s Bolt Optimization radio button​. We will show you how early data will identify the location of ​beams requiring​ reinforcement doublers and how our Doubler report will help you eliminate them. 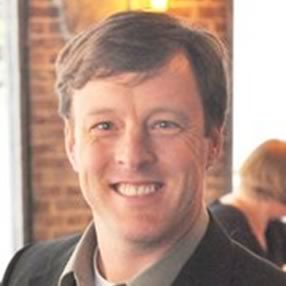 Qnect, the connection optimization software company, is welcoming aboard Christian Erickson as its Director of Global Marketing and Sales. In this new role, Erickson will steer the company’s marketing strategies and sales operations in order to align with Qnect’s vision.

With more than 20 years experience in both sales and marketing, Erickson previously served marketing and leadership roles at AEC industry companies such as Autodesk and Tekla where he led projects to increase awareness, generate demand and engage the customer base. He has a proven track record of building successful marketing programs, teams and delivering results from startups to public companies.

Jef Sharp, Qnect’s CEO said, “We are at a critical stage of growth. Our commitment to our current and future customers continues to lead our decisions. Christian is a leader who understands this and has a strong history of putting customers first. We are excited to have him join our team to help shape Qnect’s global culture and product narrative while introducing new customers and keeping our current customers well nourished.”

“Qnect offers steel detailers, fabricators and engineers a unique value proposition for a changing industry. Qnect’s optimization technology offers traditional professionals an opportunity for the incremental change they are comfortable with, while offering cutting-edge professionals an opportunity to leapfrog the competition, to increase profits and exceed deadline expectations,” says Erickson. “I am honored to join such a high-caliber team with a product that has such a positive impact on the steel industry. Qnect exists to make a profound difference in the industry and to change the lives of our customers.”

Discover how Qnect’s intelligent, cloud-based connection software can optimize your projects — contact Christian at christian@qnect.com for a demo.