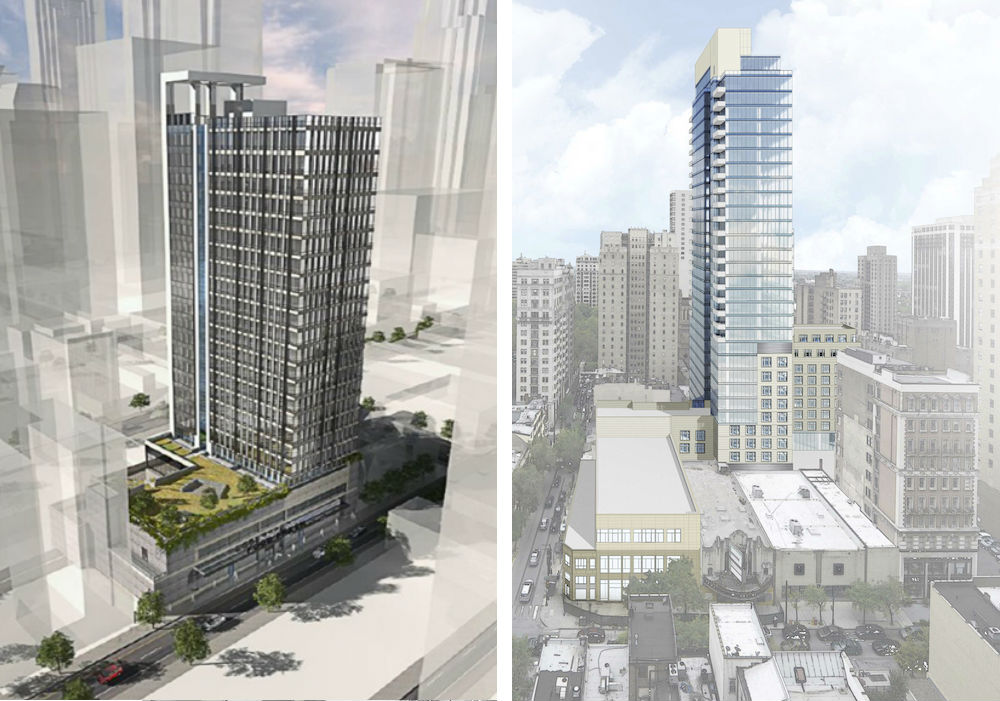 The Harper to Transform Downtown Philadelphia

A 25-story mixed use building with non-traditional connections

Stretching along Market and Chestnut Streets in Center City, Philadelphia, the Boyd Theatre was a 1920s movie theater that operated for 74 years before closing in 2002. In the Spring of 2015, the historic Boyd Theatre auditorium was demolished. Pearl Properties later decided to build a 24-story residential tower to be named The Harper. Site work on the 1910 Chestnut St. tower began in August 2017. It is scheduled to be completed in 2019.

The Harper isn’t your standard office building project. It’s a 24-story, 183-unit project with heavy framing and many non-traditional connections. With something as complex as this, one might be inclined to shy away from implementing a new software service such as Qnect, and instead wait for ‘the perfect project’.

Todd Campbell, engineer with The Harman Group, noted what makes Qnect so helpful in a unique project like this, “The nice thing about QuickQnect is that when you run it, it gives you a connection map that allows you to know how and where to run certain connections. A big benefit is to figure out where exactly non-traditional connections will be needed.” Comparing it favorably to the alternative, Campbell said, “instead of having to rely on standard tables that may not detect things, detailers are able to run Qnect many times and generate an accurate connection map for Connection Engineers like us to use.”

Karl Wiebe of River City Detailers, a detailing firm, spoke with us about the project. “In addition to Qnect’s speed, I’ve enjoyed using it during the revision process. Since Qnect detects changes in the model, and re-engineers affected connections, revisions get done right away without having to go back to the engineer. This allows us to circumvent unnecessary RFIs and enables us to work more efficiently on the project.”

Karl carefully researched Qnect to make sure it made sense for the project by looking at the Qnect website, as well as getting opinions from the Tekla help desk and The Walters Group.

Wiebe noted the ease with which he was able to learn the QuickQnect product. “Qnect is very intuitive, speaking with Henry [Lederman]and watching two 10-minute  videos was really all I needed”.

Following the implementation of Qnect on The Harper, Karl stated his interest in using Qnect for future projects. “We had about 70 jobs in 2017, and we’re forecasting a similar number for 2018. Qnect could possibly help us with about 60% of our projects. I’m looking forward to doing another project with Qnect, and I’m excited it see it do some more complicated bracing connections.”

Karl understood the impact Qnect could have on this and future projects, and decided that there was no time like the present to begin acclimating to it.

Even when Qnect can’t run all the connections on a project, there’s a benefit to using QuickQnect to rapidly iterate on different connection options to help optimize the connections for atypical cases like The Harper.